This week the US Supreme Court (SCOTUS) announced their decision on the South Dakota v Wayfair case it heard back in April.

A little history. The current laws are based off the Quill case that was heard in 1992, which set the standard for physical nexus. That standard is a few years past it’s usefulness in the light to the e-commerce economy of today. The online shopping “crazy” is the norm today and will only continue to grow.

The effects have been a huge influx of online retailers selling products online, on their websites and on services such as Amazon, Wal-mart and eBay, with a similar decline of sales in brick and mortar retail locations.

The results were not a surprise. The SCOTUS decision ruled with the state of South Dakota. The sales tax laws of South Dakota are fairly relaxed which SCOTUS determines would not create an undue burden upon interstate commerce.

This ruling will open states to require retailers to collect and remit sales tax even though they have no physical nexus.

States will be comparing their current sales tax laws with the standard set by South Dakota. Those whose current laws are too restrictive or may create an undue burden on the retailer, I assume will be rewritten to meet the new standard.

For an in-depth look at how this may impact your business book a free consultation with us. 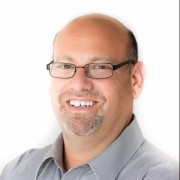 Sign up for our Top 10 tips for Real Estate Professionals

You have Successfully Subscribed!